Home / Blog / The Effects of Waste 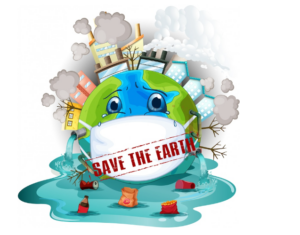 The vast majority of people understand that the effects waste hurt the environment. We see it every day; trash accumulated on the streets, in parks, and our own homes. While we know that we should recycle and reduce our reliance on the old-school waste management methods, it can be challenging to change our habits. However, all stakeholders must remember that the harmful effects of waste go beyond just aesthetically unpleasing litter. That’s why we will discuss the primary ways in which waste negatively impacts the environment. Stick around a little longer, and let us explain how this earth is turning into a dumpster!

Pollution Of Air, Water, And Soil

It’s no secret that waste is detrimental to planet earth. But just how harmful is it? Let’s look at the three main ways waste can damage the environment: air, water, and soil pollution. To review our past blogs where we discuss landfill alternatives: click this link.

The most alarming form of pollution is air pollution which happens when waste is burned, releasing harmful chemicals and particles. These particles can cause respiratory problems, heart disease, and cancer. They can also contribute to climate change by trapping heat in the atmosphere and forming smog.

Water pollution occurs when waste contaminates water sources like rivers, lakes, and oceans. Our environment faces this harmful phenomenon through the direct dumping of waste into water bodies or by runoff from landfills and factories. When water is polluted, it becomes unsafe for drinking, swimming, and fishing – it can also cause harm to marine life and lead to the spread of diseases.

Effects of Waste and Soil Pollution

The effect of waste are also in our soil. Soil pollution is caused by improper disposal of hazardous materials, leaking underground storage tanks, and agricultural chemicals. This toxic waste leads to the contamination of food crops, which in turn can cause health problems.

Another harmful effect of waste on the environment is heavy metal contamination. Heavy metals such as lead, mercury, and cadmium are dense and have a high atomic weight. They can enter the environment through both natural processes and human activities. Once in the environment, they can bioaccumulate in plants and animals, making their way up the food chain until they reach humans.

These metals can cause health problems, such as neurological damage, kidney damage, and cancer. Heavy metal contamination is a lesser-known but severe problem that needs to be addressed. Luckily, we can overcome these concerns through some smart steps and reduce heavy metal pollution. For example, you can recycle items that contain heavy metals, such as batteries or electronic items, and stop planet earth from becoming a dumpster. You can also limit your use of products that contain heavy metals, such as certain cosmetics and cleaning products.

Another implication of waste on the environment is groundwater depletion. Groundwater is found underground in aquifers, i.e., reservoirs that are a crucial source of water for the majority of the population. However, toxic waste is slowly diminishing them and making underground water unsafe. Groundwater is being depleted at an alarming rate due to various factors, including wastewater discharge, mining, and agricultural irrigation.

Groundwater depletion has the following harmful effects on the environment:

This factor pollutes surface water sources as depleted aquifers allow pollutants to seep into them. The effects of waste can even get into our precious drinking water, unless we are careful.

Groundwater depletion can cause land subsidence as water is removed from underground soil and rocks.

Soil degradation is the deterioration of soil quality due to various factors, including air pollution, water pollution, and deforestation. When soil is degraded, it loses its ability to support plant life and filter water properly. This can have a ripple effect on an entire ecosystem.

Soil degradation affects not only plants and animals but also humans, who rely on healthy soil to grow food crops. Soil degradation is a serious problem with far-reaching consequences; however, there are some things you can do to help stop it. Here’s a quick overview of them:

Compost your food scraps instead of sending them to a landfill, where they will release greenhouse gases like methane into the atmosphere. For a list of 40 blogs that explain composting, check out this link: The Best Composting Blogs To Follow in 2023.

You can also lessen your use of pesticides and herbicides, which can contaminate the soil.
It’s best to support sustainable farming practices that help preserve soil quality instead of degrading it. 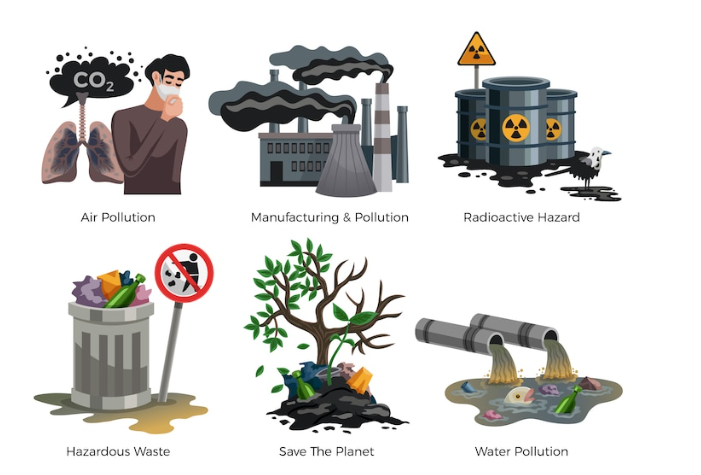 Methane is a toxic gas that releases when organic matter breaks down without oxygen present—a process that commonly occurs in landfills. According to the EPA, methane accounts for nearly one-fifth of all greenhouse gas emissions in the United States. These emissions directly impact climate change and contribute to smog formation and other air pollution problems.

Another way in which waste can harm the environment is through landfill fires. While these fires may seem relatively innocuous, they can release a plethora of harmful chemicals into the air—including carbon monoxide, sulfur dioxide, and heavy metals. These emissions can cause respiratory problems, heart disease, and even cancer. What’s more, landfill fires are notoriously difficult to extinguish, often burning for weeks or even months.

The effects of waste can also be virtual! E-waste – or electronic waste – is another growing problem with serious environmental implications. E-waste includes everything from old cell phones and laptops to TVs and printers. This type of waste is particularly problematic because it contains a host of toxic chemicals, including lead, mercury, and cadmium, that can leach into soil and groundwater if not disposed of properly. Furthermore, many countries lack the infrastructure necessary to recycle e-waste safely, resulting in it being sent to developing nations where it is often burned—releasing those toxic chemicals into the atmosphere.

To sum it up

The next time you think of throwing away that piece of paper or plastic bag, remember that waste has far-reaching consequences that go beyond simply making our world look dirty. Waste emits harmful greenhouse gases, contributes to air pollution, and can leach toxic chemicals into soil and water supplies. In short, waste poses a serious threat to human health and the environment. So, let’s do our part to reduce our effects of waste and reliance on single-use items. Also ensure that the waste we produce is disposed of properly. Our planet will thank us for it!

The Effects of Waste